With files from Philippe Grenier and Krissy Holmes – CBC.ca

Fifty years after its closure, a group of underwater adventure seekers has embarked on an expedition to document and map the sprawling tunnels that make up the Bell Island mines in Conception Bay, Newfoundland — and they’re doing it for free.

The mine shafts run for hundreds of kilometres beneath the ocean floor and span over 16 square kilometres.

For members of the Mine Quest Expedition Team, the tunnels are a treasure trove of historical gems, all of which have been frozen in time.

“It’s a shrine down there, it’s a real museum of the cultural history of Newfoundland,” says cave diver Jill Heinearth.

CBC Interviews with Mine Quest Team as well as Mine Staff

When work was abruptly stopped in 1949, pumps were shut off and fresh water flooded the subsea caverns, perfectly preserving the space.

The team’s plan to open the mines up to the diving public earned them the coveted title of Expedition of the Year from the Royal Canadian Geographic Society.

“This is a really big deal. Being granted Expedition of the Year, it’s not only exciting [but] it’s an honour and a privilege,” said Heinearth, who’s also the team’s flag bearer, tasked with documenting the hidden geography of the area.

The high caliber of talent isn’t lost on Ocean Quest Adventures owner Rick Stanley, who makes a living taking divers from all over the world to shipwrecks and other untouched sites around the province.

‘We set out to do something for the Bell Island community.’ – Steve Lewis, Mine Quest Expedition Team

“These divers are the elite in the world of diving — cinematographers. We got explorers that go deep and beyond, diving in 600 feet of water … the technology is beyond what anybody can imagine,” he said.

The objective, Stanley said, is to build a road map so that inexperienced divers can be taken down into the mines without concern that they will harm themselves or the artifacts around them. 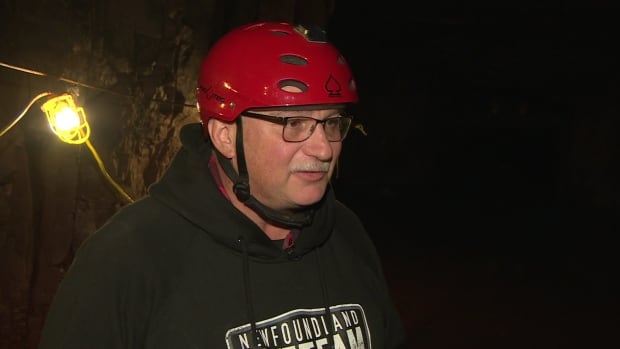 Ocean Quest Adventures owner Rick Stanley makes his living taking divers to shipwrecks and other untouched sites in and around the province. (CBC)

“What these rock stars have gone and done is build a circuit of diving [for future divers],” he said.

“You can’t pay for that stuff. And not only that, but occupational health and safety would probably be all over us like a dog at dinner time if we had to pay somebody.”

While Ocean Quest is largely shouldering the cost of the project, in partnership with the Bell Island Heritage Society, Stanley said he hopes government will step forward with funding as well. 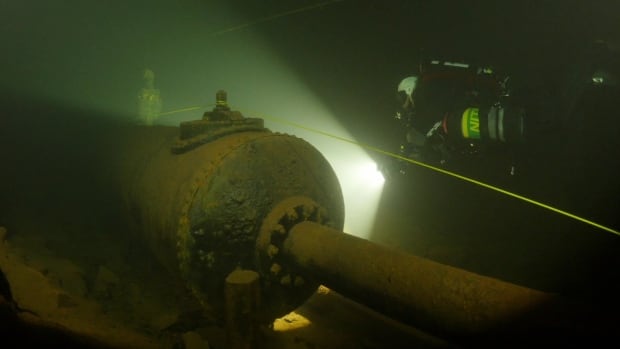 The project was named Expedition of the Year by the Royal Canadian Geographic Society for its efforts. (CBC)

Much like professional athletes, some of the divers have sponsorship deals backing them and they’ve provided extra equipment for the project. The group’s also received donations from local inns and restaurants.

“This island of Bell Island is a destination and, you know what, it’s rising higher out of the ocean all the time. We’ve got a great group of passionate people here,” Stanley said.

The team of 13 is returning to the mines to finish what was started nearly a decade ago.

In 2007, Steve Lewis led a group that aimed to assess the “condition, safety and feasibility” of the iron ore mine for future research. It then gave the heritage society details on what artifacts remained.

“We set out to do something for the Bell Island community, and that was to give them an adventure tourism destination that they could market to the world,” said Lewis.

At the time of its closure, the island’s mines were the longest continuous running mining project in the country. 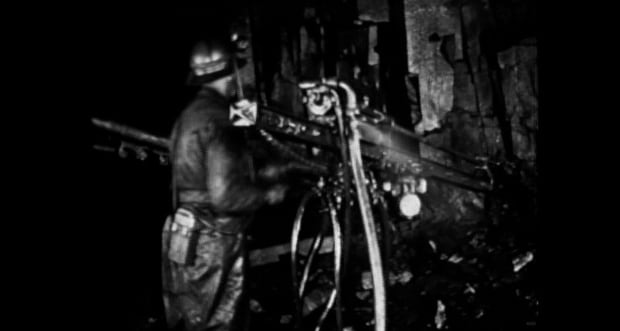 Bell Island ore was shipped to Nova Scotia and the United States. The outbreak of the First World War was a serious blow to the industry as Germany was also a chief consumer. (CBC)

With a headlight to guide them, the divers came across broken wheels from runaway carts and signs once used to guide disoriented miners.

One man in particular, Joe Steffen, isn’t far from his mind.

Steffen, a 51-year-old American diver, died from an air embolism during the first expedition in 2007. The team was unable to save him.

This time around, mapping the mines has brought its own share of difficulties.

“[Just] getting to Bell Island sometimes can be a challenge,” laughed Cas Dobbin of St. John’s.

“It’s cold. Visibility at times can be very poor. Navigation inside there, even though it’s a grid, it can be easy to get lost when you’re in there,” he said.

“The team here this week has set up a fantastic system of guidelines for us to help aid divers to go in and out safely and tour the best parts we found so far … I really have to emphasize … this is really just the beginning, we’ve got a lot to do in here, a lot to explore.” 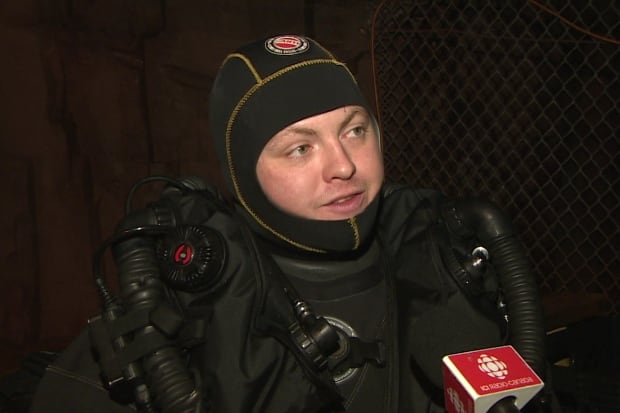 Cas Dobbin, a local diver, says just getting to Bell Island in February can be a challenge. (CBC)

According to Stanley, 106 people lost their lives while the mine was in operation, and “you feel all that” when paddling through.

The next step, he said, will be to properly market the mines.

A team of filmmakers from the Discovery Channel is documenting the group’s expedition for a two-part series — something the team hopes will help with promotion.

“We’re looking at spring [or] summer of 2016, and we’re hoping that we’ll be coming over on the new ferry,” joked Stanley.

“We’re hoping that this is going to be a profitable endeavor, and everybody’s going to be happy at the end of the day.”